The sound cats in heat produce are spooky and almost pornographic at the same time. If you live in a city, it’s likely you know the nightly growling, screaming, and repeated crying of mating stray cats.

It can take very long. Queens and tom may mate ten times after each other!
There’s no set period for which a queen comes into heat for the first time. Some are still kittens of only five months old. Other cats are ten months when they first ‘call’. 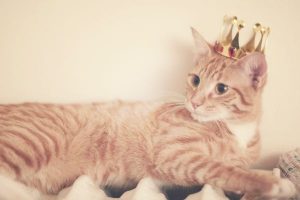 DEPENDING ON ENVIRONMENTAL CIRCUMSTANCES, FEMALE FELINES ARE FERTILE SEVERAL TIMES A YEAR.

Climate and season are deciding factors. Three sexual cycles are normal, but up to four is very well possible. Each cycle spans about three weeks, of which cats are in heat for about four to six days.

CATS IN HEAT BEHAVE RESTLESS AND LITERALLY CALLS FOR A MALE.
The monotone call is easy to recognize, but for you as for the tom cat. Their urine also smells different, although usually only other cats will notice this.

Some felines ask for more affection when they are in heat. They twitch their tail to one side, lift their hindquarters, and press their head to the ground.
Appetite may also decrease. Or they sit howling at the window.

DON’T GET MAD IF THEIR BEHAVIOR ANNOYS YOU. IT WON’T HELP.
If you keep a cat in heat indoors, make sure she can’t escape. Otherwise she might be gone for days, only to return after having mated. Or, if your neighbor has a cat too, it might take only a few minutes. The results? Your queen and you are facing 65 days of cat pregnancy.

During mating, queens easily release their eggs when their vagina is stimulated by the penis.

EVERY BREEDING IS LIKELY TO RESULT IN A LITTER OF CUTE LITTLE KITTENS.
Tom cats start showing interest in sex when they are as young as four months old. But it takes a while before they are really capable of becoming a cat father. Once he is about one year old, a male is fully mature. 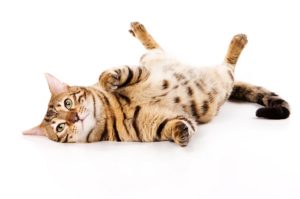 CERTAIN NUMBER OF DAYS.
Usually the sexual condition of the female felines in the vicinity determines if a tom cat is interested or not. When they notice cats in heat of the opposite sex, they become restless and will try to get in contact with her.

Sexual activity remains a part of cat life as long as toms and queens are not neutered.